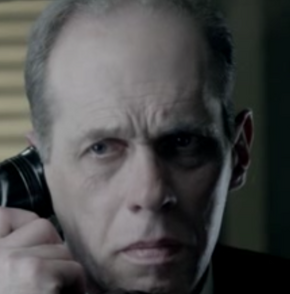 Mr. Nelson is the father of Kit Nelson. He was a warhero from World War II. When he resturned from the war, he found his youngest son, Elliot Nelson was dead, supposedly from scarlet fever. However, he knew that his other son Kit Nelson killed him. He expressed happiness to know his son was in prison , while talking to him on over the phone in the vistor's room on Alcatraz.

Retrieved from "https://alcatraz.fandom.com/wiki/Mr._Nelson?oldid=10717"
Community content is available under CC-BY-SA unless otherwise noted.