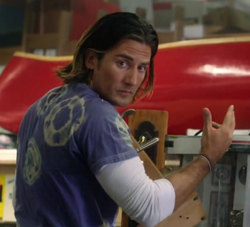 Warren was an employee at Keller's Hardware. He was impersonated by Kit Nelson, who stole his uniform along with two childrens fishing rods, in order to steal Kathy Callahan's house keys, by introducing himself as Warren from Keller's Hardware, looking for work. Nelson eventually used the keys to kidnap Dylan Callahan.

Retrieved from "https://alcatraz.fandom.com/wiki/Warren?oldid=7189"
Community content is available under CC-BY-SA unless otherwise noted.