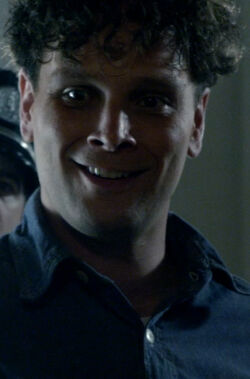 William Gant, also known as Yapper, was an Alcatraz inmate.

Gant was positioned in the cell next to Ernest Cobb's in the regular cell block. He talked constantly, a trait Cobb found unbearable. When Cobb violated a simple rule to ensure he would be transferred to solitary confinement, Warden Edwin James punished him further by placing Gant in his cell.

Gant entered the prison laundry after Clarence Montgomery was assigned there following the fiasco of having Montgomery prepare food for all the inmates. Gant commented to Montgomery that he had eaten some of the food and continued yammering. Montgomery picked up a box cutter and cut Gant's throat.

Retrieved from "https://alcatraz.fandom.com/wiki/William_Gant?oldid=10092"
Community content is available under CC-BY-SA unless otherwise noted.